Caravans can travel in either direction. They will make a long stops on Nodes and short stops while traveling through the desert. Their overall movement speed is quite slow.
Exact Node stop locations:

How to and how to not kill Caravans:
There are no "wrong" ways, just a bad way and a variations of correct way that suit specific classes.
Karma: 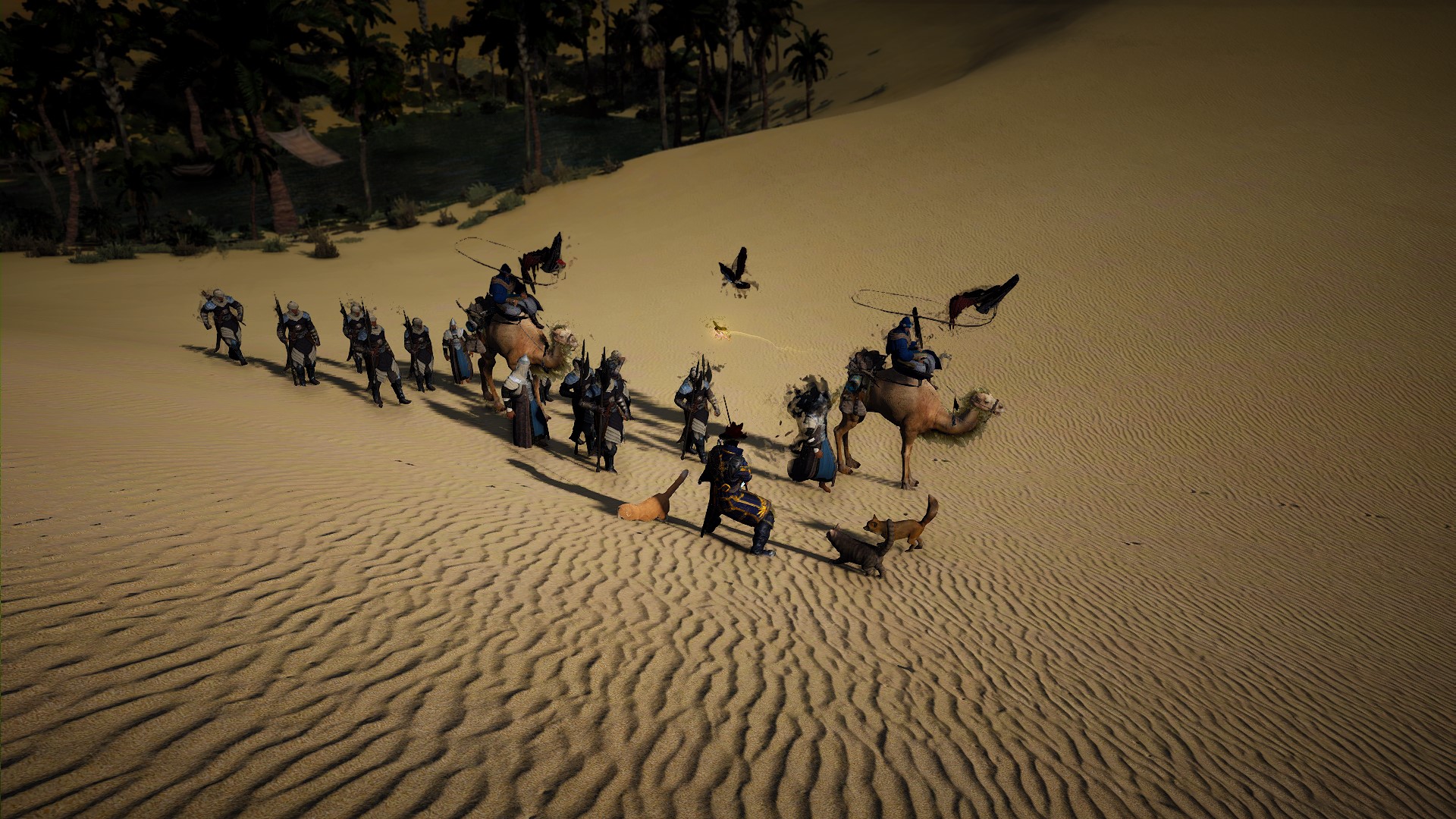 Killing whole caravan, like that one on the picture above^, will cost you exactly 350k Karma on BDO JP server.