, simply press "Download anyway", you can scan it afterwards as much as you like.
Serial key for 0.7a4
DoTAGy51Op4fgqT71pO5z03eJfT2017
Serial key for 0.7b20
DoTAirmFG39idflPeo34Kfee90a
Changelog
Launcher v0.7b20
- BDO Patcher:
--> Updated Internal FEX and default External FEX
--> Updated included KAMI EUNA project to v1.2h2
--> Minor improvements

Launcher v0.7b17
- BDO Patcher:
--> Removed files, from Internal FEX, that are no longer present in clients

Launcher v0.7b9
- BDO Patcher:
--> Removed files, from Internal FEX, that are no longer present in clients
--> Renamed included EUNA Project to KAMI EUNA and updated it to v1.0e

Launcher v0.7b8
- BDO Patcher:
--> Removed files, from Internal FEX, that are no longer present in clients

Launcher v0.7b7
- Fixed issues caused by Windows trying to use Windows store instead of the normal Windows functionality on some of the Windows machines with present Windows store
- BDO Patcher:
--> Removed files, from Internal FEX, that are no longer present in clients

Launcher v0.7b6
- BDO Patcher:
--> Removed files, from Internal FEX, that are no longer present in clients

Launcher v0.7b2
- BDO Patcher:
--> Added RU languagedata v2 to Internal FEX
--> Added "v2" at the end of all languagedata v2 in Internal FEX due to many users misunderstands (note that it will be checked even if you've unchecked it previously, so you'll need to uncheck it again)
--> Minor improvements

Launcher v0.7
- Changed Launcher updates-checking location
- Added indication of BDO game and backup meta
- BDO Patcher:
--> Added TW support
--> Updated included KAMI JP Project to v2.12b
--> Updated default scheme
--> Reworked some of the UI
--> Added Schemes tab with the ability to change schemes. All previous scheme-related functions were transferred there.
--> Added the display of currently used Scheme.
--> Added Fonts tab with the ability to change game font as well as get original font from the game.
--> Temporarily blocked "Patch" and "Remove Patch" buttons, functionality of which is undergoing substantial changes. Meanwhile use advanced tab or Launcher v0.6h4.
--> Added "Force" patching style for internal testing purposes only (currently its functionality can be achieved in advanced tab)
--> Added the ability in Advanced tab to modify meta forcing the game to search translation files in root folder (it will also produce a backup)
--> Added the ability to restore original game files in Simple tab
--> Lots of changes related to "Force" & "Repack" patching styles and the relevant functionality. Due to this changes PAZv2 functionality is limited (all official servers use PAZv3, so it's a legacy for the most part), but it will be updated in future releases. 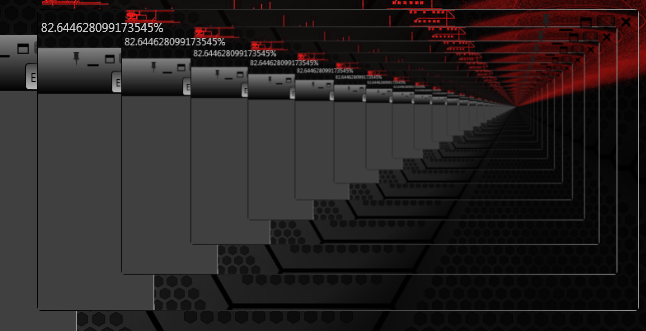 Before installation check out FAQ.
You might also want to keep track of "Launcher\EvLog" folder, as it might grow quite noticeably over time. This folder contains errors and other info, that might be useful in reporting errors (at this point in time there is no need to report those, unless you fail to patch BDO/mod patches/etc., as I already know what causes most of them), you can safely delete those - it will not influence on the work of program in any way.
Minimum system requirements (unconfirmed):
Operating system: Windows x86/x64 - XP (SP3 or with all hotfixes) or higher
Central processing unit: ???
Graphics processing unit: NVIDIA GeForce 6600, ATI Radeon X1300, any other DirectX 9.0c compatible card with 128 MB VRAM (DirectX 9.0c compatibility is currently not required, so you can use even older cards, but it will be required in the future).
Memory: At least 150 MB available (excluding memory consumed by OS and other programs)
Storage: 100 MB of available drive space (excluding prerequisites, and also it can be stripped down to less than 20 MB if needed)
Input: Keyboard and mouse
Resolution: Any display resolution
File system: NTFS/FAT32 (and some others)

DirectX 11 or higher
Microsoft.net v4.0 or higher (with .net 4.0 compatibility)
Microsoft Visual C++ 2010 Redistributable SP1 (x64 and x86) including hotfixes (probably not required at the current state, but it won't hurt you)

Updated to v0.6d.
Initially I planned to release this version with unlocked BDO KAMI Projects/Mods auto/manual check and update functions, but due to time constraints I have decided to release it in its current state. I still need to add a couple of things before unlocking it for public testing, and as always no ETA.

Updated to v0.6e.
I've added text comparison capabilities for Projects/Mods, you won't see them anytime soon with the Projects/Mods themselves, I've added it just for testing purposes. It is currently used during patching in simple KR and RU patches, and there is also a testing button named "Merge String except HTT" for those who use advanced patching, basically it replaces the purpose of stringtable_kr.xml in my KR mod. If you'll have some troubles with any of those - let me know.

You can manually delete my mods from "Launcher\BDO\Mods\JP_KR" folder if you want (you don't need to), I've moved them to JP_KR_EUNA_RU folder.

BDO JP Info is what it claims to be, so don't post rage comments if it is different in your version. That said there are few recipes from KR version that I haven't got around verifying/changing. I know whole lot more recipes, but I have no idea when I'll add them. I mainly use it for cooking/alchemy hence the reason why you can see those for the most part (for example processing is quite obvious and easy to remember, other than few mixing ones).